We are finalizing updates to our web page. Thank you for your patience - we are almost there!
Delmarva Today

What happens when a society embraces ideological beliefs or models of the world that share little or no sense of reality? Does a dystopian world follow?

The first program in the series discussed what belief is, how beliefs are developed, and the role they play in decision making, and actions. The second program considered how beliefs change. The role of rationality, analysis, and self-reflection in changing beliefs was reviewed.  Today, Wilson and his guests look at the current nature of our beliefs as they are seen being played out in the fields of politics, religion, and culture. 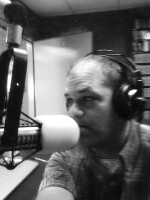