"The Emergence of Stevie Wonder" Airs Monday, June 20th on WESM and WSDL

In commemoration of Juneteenth, WESM 91.3 and WSDL 90.7 will air a special 3-hour broadcast of the audio documentary "The Emergence of Stevie Wonder" from PRX. The program will air at 9am on Monday, June 20th and you can also stream it live. 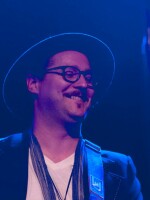